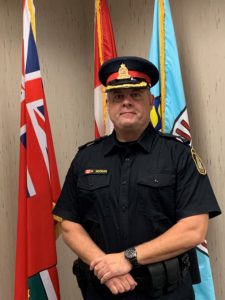 He was raised in Brockville, attending Brockville Collegiate Secondary School and then Carleton University where he obtained his Bachelor of Arts Degree. Mark has received extensive training through the Ontario Police College, the Canadian Police College, and the Criminal Intelligence Service of Ontario. These courses covered criminal, drug, and organized crime investigation techniques.

Mark is the father of two children. 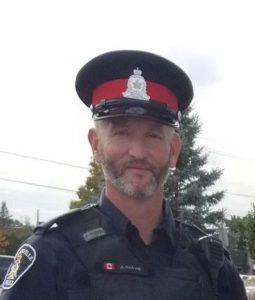 Deputy Chief Harvie began his policing career with the Toronto Police Service in December 1998.  He served with Toronto working as a constable in 23 Division until he relocated to Brockville.   Andrew was born and raised in Montreal Quebec until his family relocated to Russell Ontario.  He also spent to years living in Saudi Arabia.  Andrew has worked for Corrections Canada, the Ministry of Correctional Service and the Canadian Primary Reserves.

In January of 2001 he relocated to Brockville to begin his career with the Brockville Police Service.  During his time in Brockville Andrew has worked in various areas and acquired the skills necessary for the position of deputy chief.  He has worked as a constable on general patrol, breath technician, bike officer, criminal investigative branch, Emergency Response Team, Use of Force Instructor, carbine instructor, conducted energy weapons instructor, patrol sergeant, staff sergeant of operations and incident commander.

Andrew holds a certificate in Law and Security from Algonquin College in Ottawa.  Andrew also holds several certificates from courses offered at Ontario Police College including investigative and supervisory courses.  He is always looking to continue his education.

On October 15th, 2015, Andrew Harvie without hesitation entered the frigid water of the St Lawrence River moments after a vehicle had almost completely submerged at the Home Street Boat ramp.  Sgt. Harvie successfully broke the rear window and rescued the lone female occupant from the vehicle.  He was awarded a certificate of commendation by the Governor General of Canada and a Bronze medal of Bravery from the Royal Canadian Humane Association for his actions that day.

Andrew is married with a son and a crazy dog. 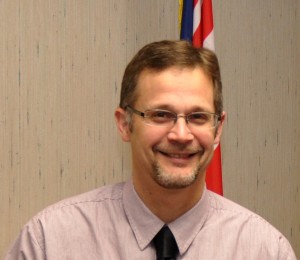 Staff Sergeant Tom Fournier began his policing career as a member of the Brockville Police Service on March 26th, 1990 as Constable in the uniform patrol division. During his career with the service he has held a variety of positions including breathalyzer technician, school liaison officer, Community and Mental health Liaison officer, high risk offender manager before being promoted to Detective Sergeant in charge of the Criminal Investigations office in 2014. For a one year period from January 2017 to January 2018 Staff Sergeant Fournier acted as the Operations Supervisor in charge of the Uniform Patrol Branch and 9-1-1 Communications Centre before returning to the Criminal Investigations Office as Staff Sergeant and taking on the additional responsibility of supervisor of the Court Office.

In 2006 Staff Sergeant Fournier was the co-recipient with Laurie Bourne-MacKeigan of the Award of Excellence by the Canadian National Committee for Police and Mental Health Liaison for their work in creating Mental Crisis Response protocol developing a training program for first responders to persons in mental health crisis in Leeds and Grenville.

In his current position Staff Sergeant Fournier oversees all major criminal investigations and joint forces operations for the Brockville Police Service, including the Forensic Identification and Drug Enforcement Units. In this position he is responsible for professional standards investigations for the service. Additionally, he is also responsible for supervising the Court Bureau of the Brockville Police Service.

Born and raised in Brockville, Tom is a graduate of Brockville Collegiate and holds a bachelor’s degree from Brock University in St. Catharines. He has also successfully completed the Senior Police Administrators Course at the Canadian Police College and numerous Supervisor and Executive Leadership courses at the Ontario Police College. Staff Sergeant Fournier is also a Critical Incident Commander and Crisis Negotiator and has been invited to act as monitor and evaluator on several occasions to The Canadian Police College to assist with these classes.

Tom has also been very active in the Brockville community. He has been involved with our youth by coaching PAA minor hockey teams, being an assistant coach with the Brockville Tikis and coaching rowing with the Brockville Rowing Club. He also served on the board of directors of the Rowing Club for over 20 years and served on the Board of Directors for Brockville Minor Hockey and Brockville Hockey Referee’s Association and with the Brockville Figure Skating Club.
More recently, Staff Sergeant Fournier has been an active member of the Human Services Justice and Coordinating Committee, Crisis Mental Health Response Committee, Brockville General Hospital Community Advisory Committee, and the organizing Committee for training of First Responders to persons in Mental Health Crisis. He also sits on the board of directors for Victim Services, and Harm Reduction Committees He is often asked to give Community Presentations on Fraud, Scams and Seniors Safety and can be often seen presenting on these topics annually at Police Week.